Devil in the Detail

In this brave new world where Big Brother doesn't just watch us but offers us recommendations on what to do next, it's true that my somewhat eclectic approach to Google can lead to some unusual suggestions. This recent one, though, I found just a tiny bit disturbing...

Inevitably, aside from the "Hang on, why are you recommending this to me?!" reaction, I find myself wondering what he/she did learn. At the very least presumably how he takes his coffee. Perhaps with a nice slice of Angel Cake...?
Posted by Alf at 2:37 pm No comments:

It's not good when a software update takes near 24 hours to download and install - not so happy memories of Windoze there, thanks, Apple. It's also slightly aggravating that apparently I now have to learn to switch from a horizontal email inbox layout to a vertical one. However, I can reach deep inside myself, forgive that ridiculously unnecessary change, and merely philosophically remark that I just need a few days of adjustment to get used to it. I'm not an unreasonable short-tempered technophobe, after all.

However, why in the name of all the gods does my scroll wheel now have to be scrolled up to go down the page?! It's going to take me forever to unlearn that one, you sadistic bar stewards!!!

Actually, that reminds me - my memory fails me on the detail, but isn't there at least one brand of Bailey pattern plane that elected to have the thread on the depth adjustment knob going the opposite way to "usual" (i.e. Not like Stanley)? I always felt that was a real argument for not mixing brands. Add in differences in cap irons (Record Stay-Set/Clifton, I'm looking at you and the Amazing Toe Hitting two part cap iron), lever caps (Millers Falls, you individualists, you), etc, and it's a minefield out there for the old tool user with a wide range of tools to choose from. As a result the clear-sighted user quickly realises that, for maximum efficiency, you clearly need one of each size in every brand you have*. Just to avoid embarrassing delays brought about by incorrect tool adjustment.

Tool justification? Apparently it's like riding a bike; you never really lose the knack...

* If I were to try implementing this I would be in so much trouble, it's not true. Not from The Management, but from the laws of physics. You simply can't put that much cast iron in one place without shifting the magnetic poles or something. Fairly sure the "Welcome to Earth" user's guide is very clear on not shifting magnetic poles about. Right between "It won't get better if you pick it" and "Leaving the room will always result in a goal".
Posted by Alf at 6:57 pm 7 comments:

For years I've admired a kerbstone in the city of Truro. I can't honestly say that's normal, but there it is. Yesterday, I finally managed to get myself, the kerbstone, the camera, and some sunshine all in the same place at once. 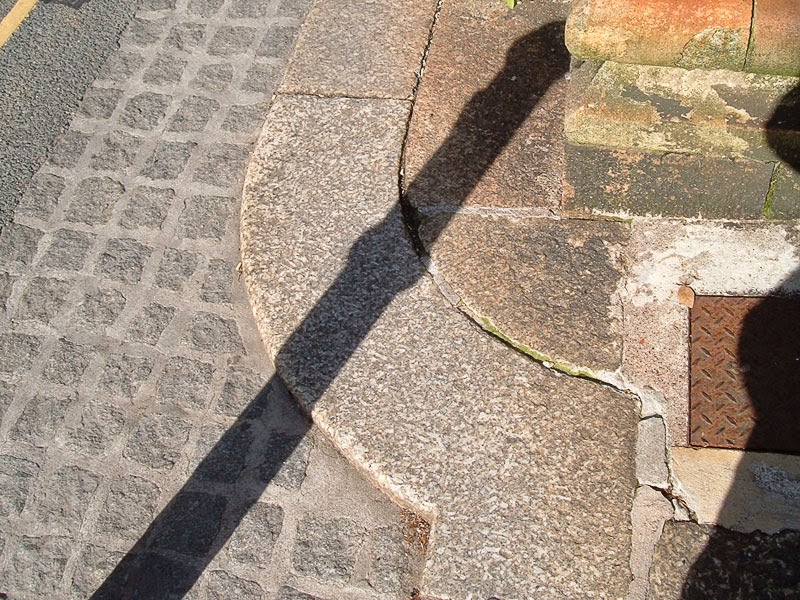 Look at that shape. (I dunno, would we call that an ovolo with quirk?)  It's granite, for the love of Mike. How ever long did it take some unknown artisan to shape that thing so cleanly? And, more to the point, why? But 'tis a thing of beauty, and thus I share it with the interweb.

A little way down the road, a view of the cathedral ended up, quite by chance, with a rather apposite shop sign in shot. Made me chuckle anyway. 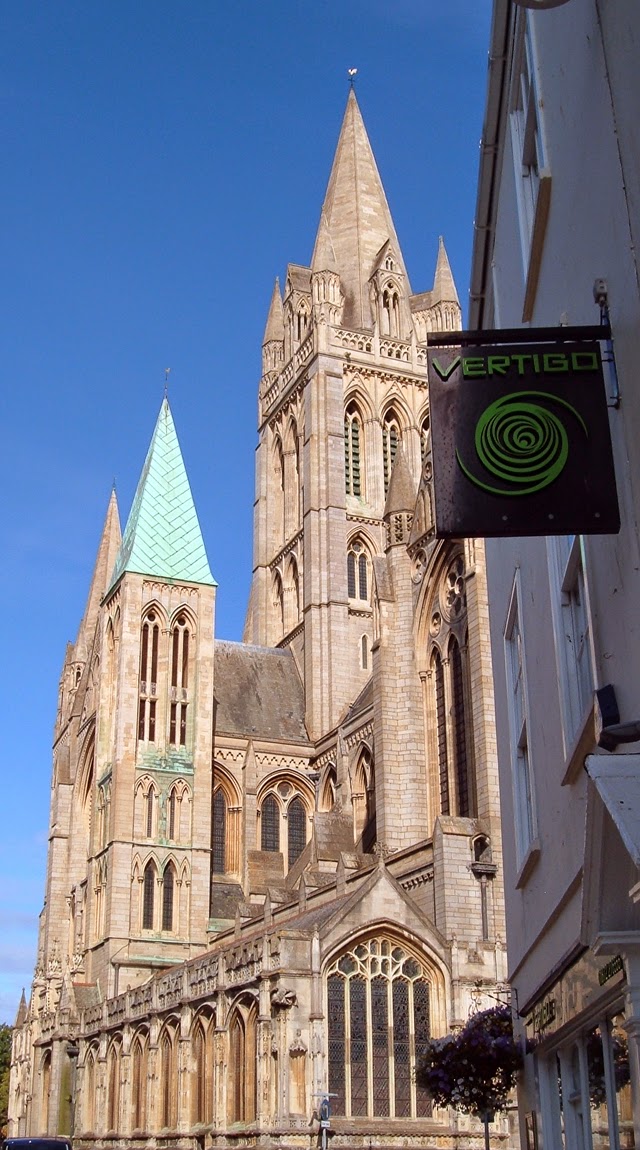 Lack of blogging confession? Ack, take that as read. (Hello to anyone still out there, by the way. Clearly I still aten't dead.)

No, this is something that's been weighing on my mind since November, and now that September is nearly here, I feel the need to unburden. It's simple really, and goes something like this: 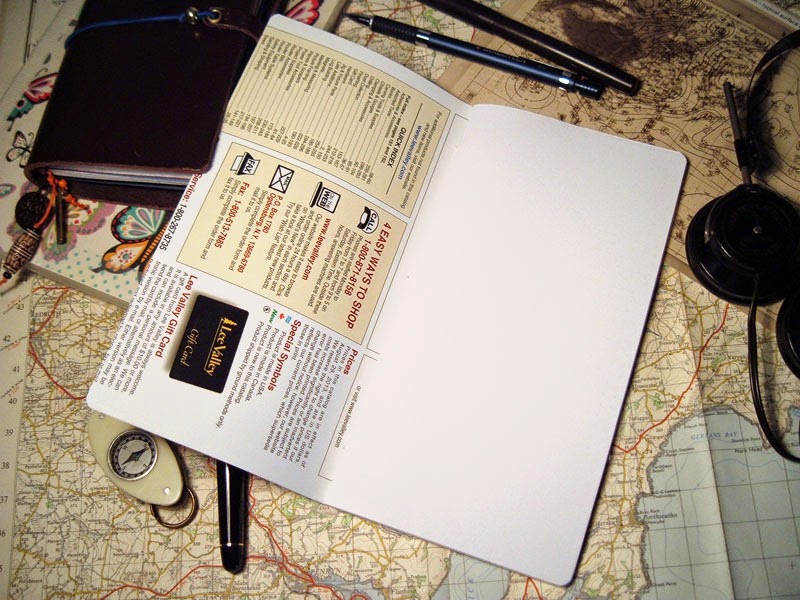 The emphasis being on old. No longer current. Not, say, from September 2013 - 2014 inclusive. To my horror, I went to grab an old copy of the LV catalogue in order to liberate its gorgeous cover for a notebook and somehow, I know not how, I only realised it was the current one after I'd sliced the cover off. Nearly a whole year as a naked catalogue. I hardly know how to look it in the index. I'm sorry, Lee Valley catalogue, really I am. Forgive me. But you do make a very lovely notebook... 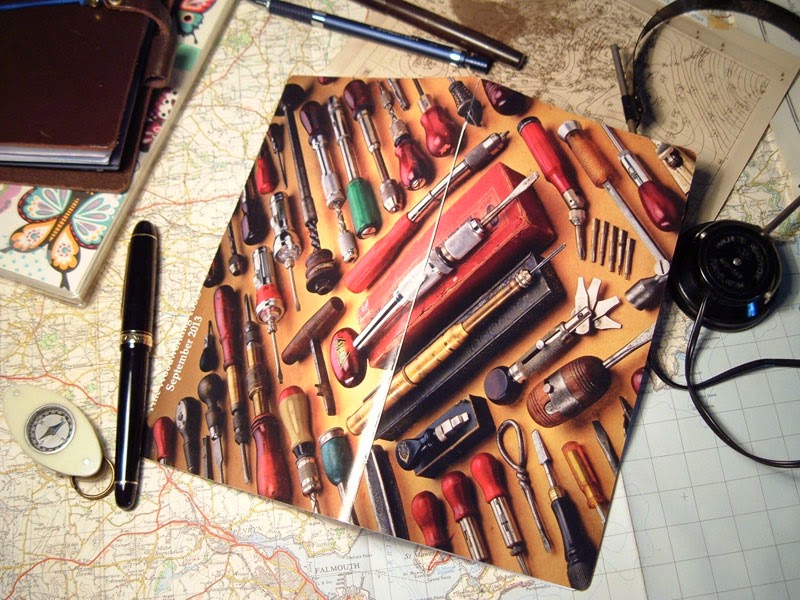 And while we're talking of mistakes, an aberration in Photoshop yielded this result, which I couldn't quite bear to discard. I think I want all my maps in white on black now, please... 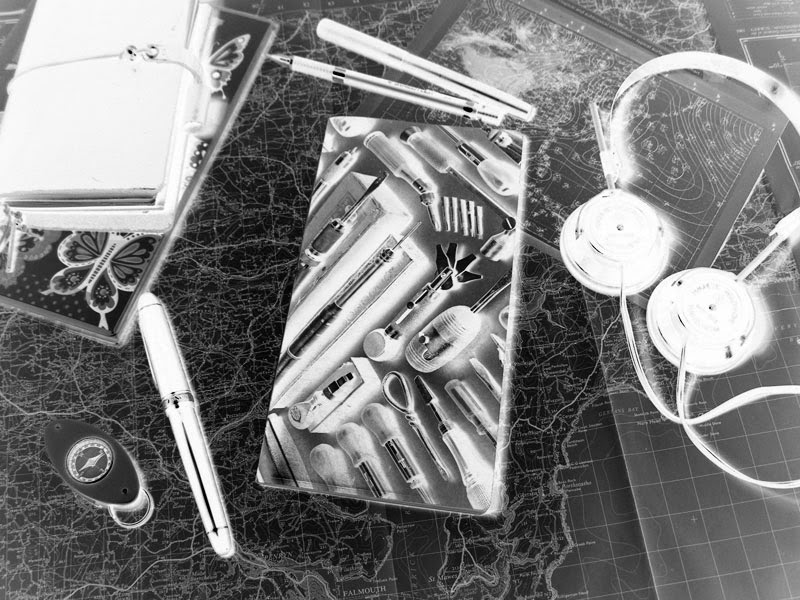