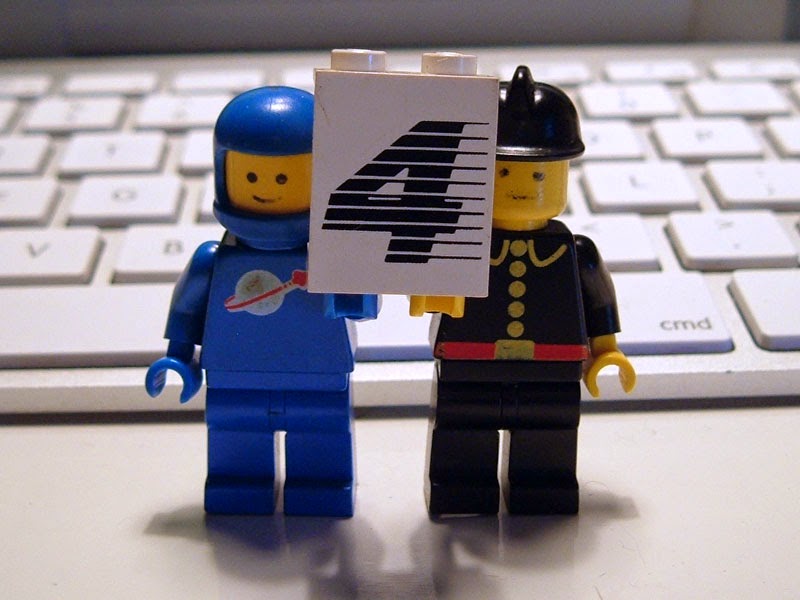 Zoicks! How can it already be the fourth of the month? Is it me, or has 2014 flown by on wingéd feet?

As you may gather from my helpfully numerically-equipped little plastic pals, some of that time has involved sorting through a very old box of Lego. (Sorry, not "old", but "classic", apparently.) It wasn't actually as horrific an experience as I'd feared, and I was mildly amused that my Lego collection accumulation is actually quite revealing. Although, no, I never actually wanted to be an astronaut or fireman... More telling were the following:

1. The alteration of production parts to fit own requirements is widespread. Cracked helmets have been carefully cut down to make bandanas, for instance. (I felt a tiny glow of pride in my younger self for that one).

2. One of the very first sets I ever had was the Fire Station. It has two pairs of rolling garage doors, which can only be described as little plastic tambour doors. So that's where the fascination probably started.

3. There are no fewer than three parrots. In real life arguably two have proved two too many...

5. The only non-Lego thing in the entire box was... an ink cartridge. Honestly, I kid you not.

Alas, Lego has always rather shunned the woodworking fraternity, otherwise I'd have expected to find lots and lots of short brown flats, just too good to throw away but of no practical use for building anything... ;)

Anyway, all very well, but boy, was the stuff dusty. So a good deal of washing of bricks has gone on. Which is the easy bit; drying it all off again takes time. And in some cases, a towel: 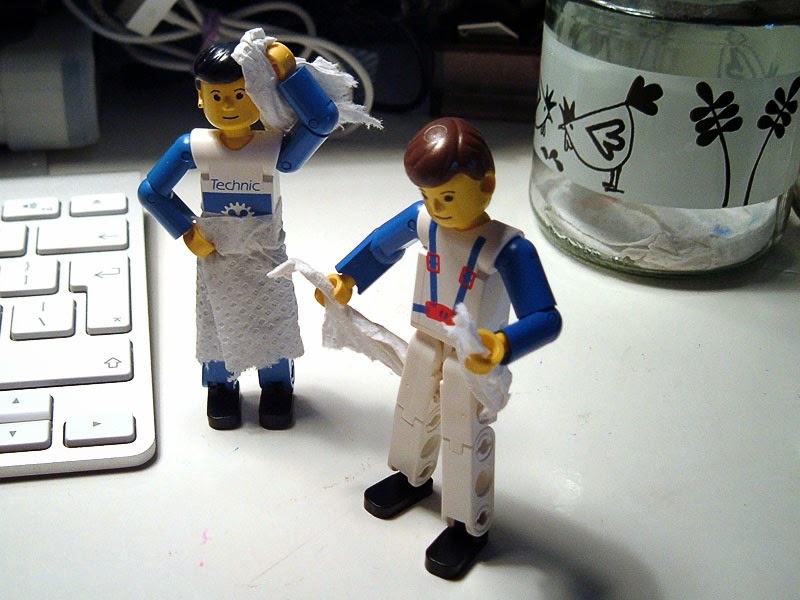 Oh, how I loved these little Technic guys. Not quite the spookily mindless smile of the original mini figures, but also not the contorted gurning and grimacing of the modern figures facial expressions either. And flexible, too. Although, having said that, their ankles are a definite weak point, and worse... 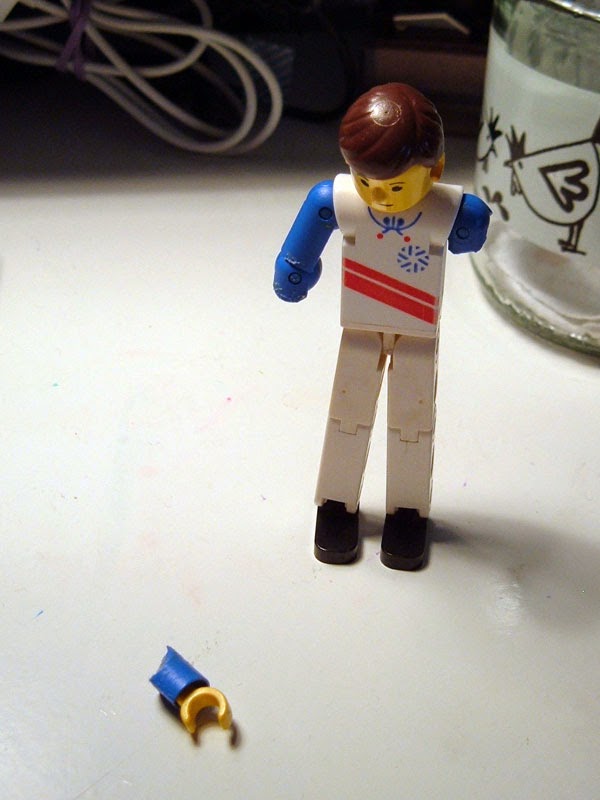 Someone lend this poor fellow a hand. 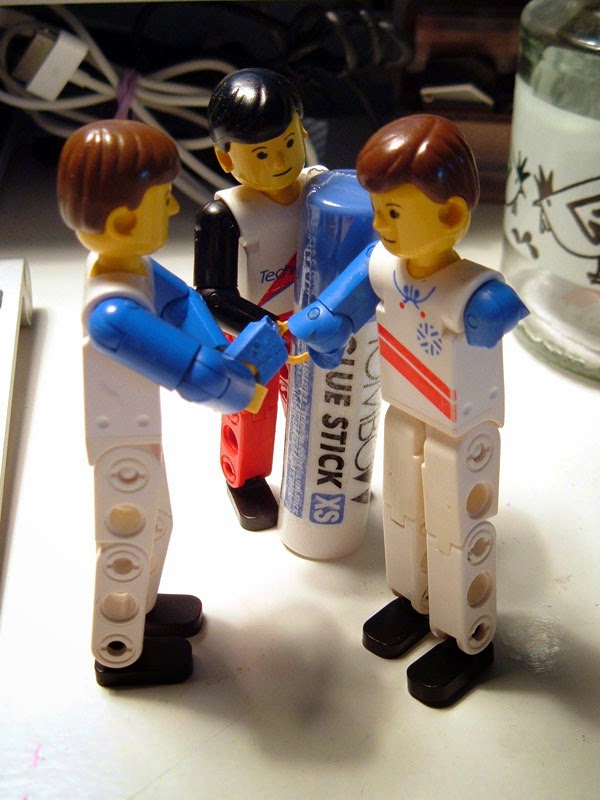 Okay, so nice idea, but that's not going to work. More a case of a transplant (from an aforementioned weak-ankled colleague). 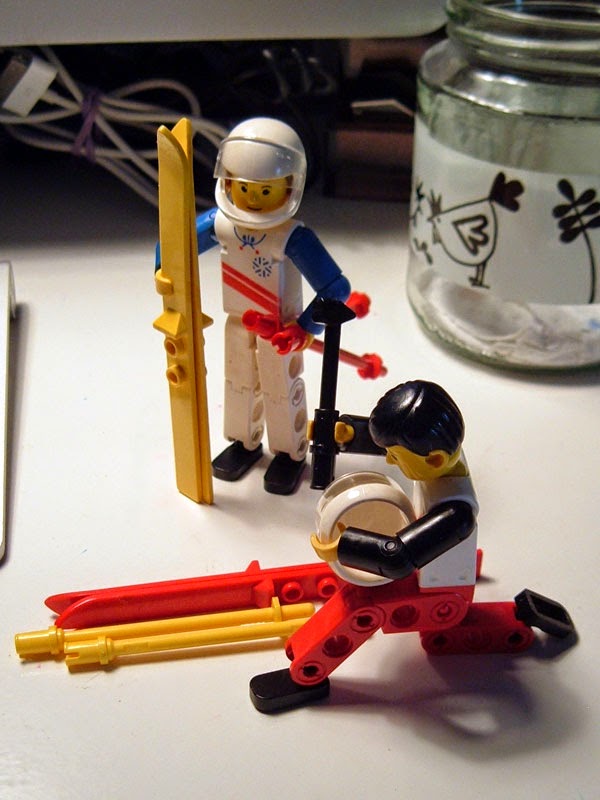 And ready for the slopes once again. But what are you doing, Trev? What's that? Haven't I seen the Lego Movie? Well, no, I... Huh? Cracked helmets are fashionable? Oh, for...

Right, right, sorry. Enough Lego. I apologise, but also fair warning - they may well return here and there, now I've liberated them from the box.
Posted by Alf at 12:04 pm