Shock happenings chez Alf. By dint of "dawdling" over cleaning the lawnmower, fifteen minutes was snatched in the w'shop. *gasp!* So having looked the seven hundred things I should be doing in there firmly in the eye, I turned my back on them all and made a wotsit. 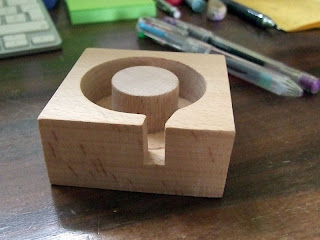 Answers on a postcard - or rather in the comments box. I suspect the astute reader will have it pegged in about two seconds flat, but if not, answer will cometh this way next week.
Posted by Alf at 4:25 pm 4 comments:

Okay, all you need to know is I'm doing this daft thing and that this particular page had the instruction to "Scrub this page" and absolutely no-one handy will get this joke but you lot should. So here it is. 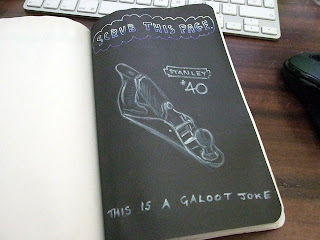 Well I liked it.

If you feel compelled to know more, Google "wreck this journal". You never know, I might just put a dent in my prevaricating perfectionist bad habits, and that really would be beneficial to my woodworking. If I ever see the workshop again.

*looks out of window*

There continues to be a dearth of w'shop time chez Alf, but still have the itch to do something at least vaguely productive. If you squint, you could claim it also involves wood. Well wood pulp.

Back in my teens it seems like not a week went by without my changing my handwriting. It veered from the round hand I was taught, through a pseudo Gothic, past an odd phase that swept through the school for writing on a ruler, and so on. Then one day, possibly in a sub-concious desire to make my teacher suffer, I taught myself copperplate for the purposes of a history project. And to my horror, it stuck. Well, sorta.

I can't say I exactly write out reams of copperplate these days - it's lost all the curlicues and just retained the spiky illegibility. Which gets worse and worse as the years pass and keyboard use dominates; this pains me, because it used to be I bucked the family trend and had a fairly legible hand. So enough is enough. My spare time may be either insufficient or in the wrong location to use it in the w'shop, but pen and paper are readily available. I've decided to work on improving my handwriting. Maybe I'll also get used to the idea that practice does actually help, and translate that to woodworking...

Anyway, I used to have an excellent book on lettering and calligraphy that had pages of different styles and how to produce them, into which I'd dive, pick one, and off I went. Slowing right down in order to copy it correctly is half the battle towards legibility, I find. But my rod and staff seems to have got lost in the intervening years. (A moment's silence for this loss, if you would.) So instead I decided to try for a style of handwriting with sufficient curviness about which I knew there'd be a lot of information floating around on t'interweb - French cursive. 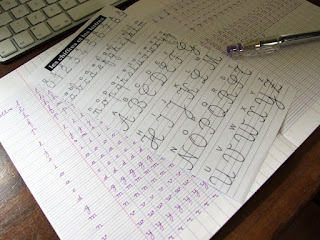 The French take handwriting very seriously, I gather, and expect tout les enfants to learn it in a certain way to certain standards and so forth. This probably goes some way to explaining why all the genuinely French French teachers I ever had were perpetually in a bad mood; the widely differing handwriting they were faced with daily must have been torture enough. Add in our atrocious mangling of the language, and well... Anyway, as expected, there's plenty of information, and so I've taken le plunge.

The lower case lot, apart from the R and the Z and maybe the P, I don't think will be a problem, but I'm struggling a bit to get enough freedom of curve into the upper case as yet. But then, that's the point; to free the curves again.

So we'll see how it goes. Only serious drawback at the moment is I find myself coming over a tad Frenchified, and I simply don't have the vocab to support such an affectation. Alors, mange tout, mange tout. Mais crêpe suzette rein, n'est pas? See? Yeah, painful. Pity my French teachers...
Posted by Alf at 9:22 am No comments:

Should you find yourself called upon to build any kind of plant support this summer, a useful reminder that there's probably no such thing as "over-built" when it comes to preventing plant life from reclaiming timber as its own: 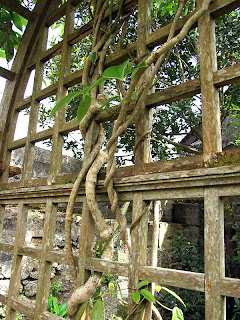 Luckily this arbour is made of sturdy stuff, and has withstood the onslaught for several years now. It's doing better with it than I am actually; I find it oddly disturbing, and I've never even read The Day of The Triffids...
Posted by Alf at 1:54 pm No comments:

So Axminster had one of their mid-week offers the other day, maybe a fortnight or so ago (that'd be two weeks ago, 'Murrican folk). Now I'd had four or five small bits and pieces in my basket for a few months waiting for the right moment, and said offer just tipped it nicely (or disastrously, depending on how you look at it) into Free Delivery territory. So, y'know...

But first, a brief detour into why said items had hung about in the basket for a coupla months. Because at least two, maybe three, would be out of stock at any given time. Not obscure sundries, mind you, but actual tools. Used to be that was a rare occurrence, but now? Tsk. I fear the accountants are increasingly running the joint these days, and that's seldom good news in the long run.

But back to my little tool purchasing indiscretion.

Honestly, I ordered this on a total whim - and because I was curious. Sound familiar? Yeah. If I wasn't naturally a total coward, my curiosity would have probably got me killed or seriously maimed by now. Luckily a yellow streak a mile wide ensures I can get in trouble in a civilised manner via the medium of my finances instead. Yay. 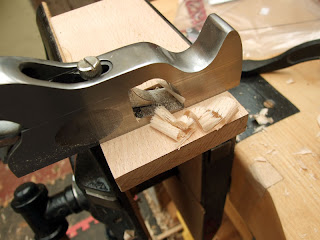 I'll stick the "Review" tag on this post, but it's really not. I just haven't the time to do it properly. Instead, a few observations and lots of pics, should you be tempted by one of these and wonder.

My only exposure to genuine Stanley 9X series planes was a late 1990s model #90 bullnose; it wasn't square and some genius had glued in the little set screw that regulates the mouth opening. First attempt to - gently - adjust same, resulted in half the screw head popping off like it was pot metal. Maybe it was. It went back (to Axminster, funnily enough) and I vowed never again. Based on that single experience, I have to say this knock-off is streets ahead of the genuine article. It's square, it's flat (enough), the machining is actually verging towards the finer end of the scale, and it works. And, at last, a Chinese copy isn't suggesting it's something else by default, because it actually has "Rider" written (faintly) on the side. A hint of progress. All adjustments adjust, although tolerances are such that all threads feel a little sloppy, but it's okay.

However, don't imagine you'll be necessarily able to clean up 3/4" housings  with this (or dadoes, if you will), because this example at least, came out at 1/32" over at 25/32" wide (I think that's right anyway. Shoulda done it in them thar metricated thingies). But at least the iron is even more generous, allowing you to grind it "just so" to your preferred side protrusion. This shouldn't take long, as the other downside is the almost inevitable processed cheese slice characteristics of the steel. The edge was already gone after my four or five test cuts in some reasonably forgiving beech. Perhaps it's the factory edge and it'll improve as we get past the messed up steel as these things sometimes do, but it has that sticky feel on the stone that bodes ill.

It's not a Veritas Medium Shoulder plane (pretty darn sure that casting would be in Veritas' reject bin in short order), which I would still be my first recommendation and is worth the saving up for, in my opinion. But if your budget is really, really tight, or maybe you're looking for something that you can happily toss in the tool bag and take on site without being upset if it suffers, this isn't a dead loss. Definitely check it if you buy one, and throw it right back if it's not dead nuts on square (because I suspect those castings do plenty of moving). Oh, and prepare to get intimately acquainted with taking out the iron for sharpening, which is a right finicky business. So yeah, tight budget and lots of patience? Might be worth a gander. 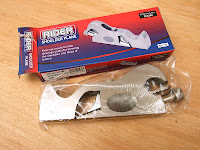 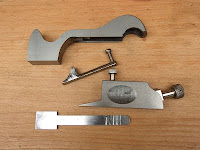 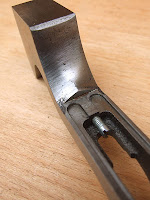 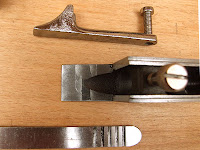 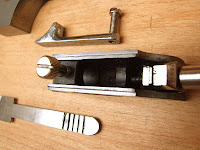 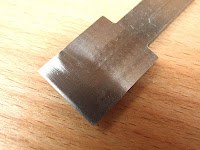 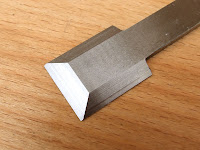 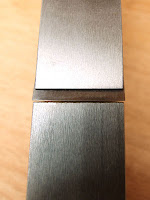 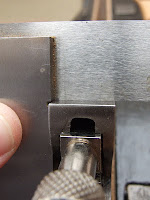 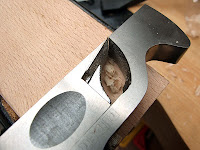